The UWM Real Estate Foundation is governed by its Board of Directors. Each director holds office for a three-year term. 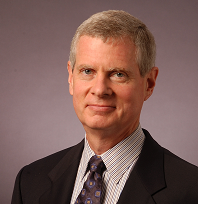 Bruce Block has been practicing law since 1979 in the Real Estate Department of Reinhart Boerner Van Deuren s.c.  He is a shareholder and former chair of the firm’s Real Estate Department.  Bruce has a broad commercial real estate practice, with significant experience in the areas of land use, zoning, mixed use development and tax incremental financing.  He is a member of the American College of Real Estate Lawyers.

Bruce is active in numerous civic and nonprofit organizations.  In addition to his efforts on behalf of the UWM Real Estate Foundation, he is president of the Wisconsin Preservation Fund, Inc. and on the board of Froedtert Hospital, the Milwaukee Riverwalk District and the National Trust Community Investment Corporation. Bruce is also a member of the Greater Milwaukee Committee and a trustee of the Public Policy Forum. 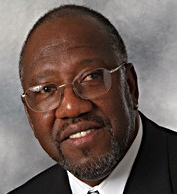 Mr. Smith is President and CEO of Keystone American Express Travel services and Keystone American Express Business Travel Partnership.  He founded Keystone in 1990.  Keystone is a full service travel management company providing air-travel, hotel and car rental reservations and temporary corporate housing solutions, as well meetings and conferences from facilities in four U.S. cities.  Mr. Smith has been an avid entrepreneur for over 30 years; he and his staff have been involved in the Milwaukee business community for over 25 years.  He’s a recipient of the Ernst & Young’s Entrepreneur of the Year Service Award, and recognized by DiversityBusiness as one of the top 500 Small Businesses/ Entrepreneurs in the U.S.A. and one of top 100 Small Businesses/Entrepreneurs in Wisconsin.

Mr. Smith is a leader devoted to education, employment and economic development and serves or has served on many boards and committees committed to these same passions.  He currently serves as an Emeritus member of the UW-Milwaukee Board of Visitors and has served as Chair of the Public Policy Forum and is currently serving as an Emeritus member of their Boards of Directors.  He has served as Board Diversity Chair for Milwaukee World Festival Inc. /Summerfest, and Vice President of the Next Door Foundation’s Board of Directors and he served as Inaugural Chair and a founding board member of the Business Council’s Board of Directors.  Mr. Smith serves on the advisory board of the Marquette University College of Business and is former chairman of the MATC Travel Industry Board.

Mr. Smith is an OPM graduate, and is an alumnus of Harvard Business School, and a member of hbsaaa, the Harvard Alumni Association, as well as the HBS Club of Wisconsin.  Additionally, he is an MBEP graduate and alumnus of the Tuck School of Business.  Mr. Smith is a Deacon at a Baptist Church in Milwaukee, he resides in Wisconsin with his wife and son. 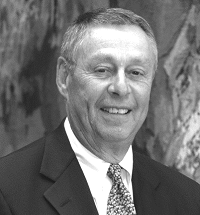 Mark Brickman is Owner for Brickman Consulting.  In the past, he was a Consultant for the Mandel Group, a Special Consultant to CB Richard Ellis, Inc., Chairman of The Polacheck Company and of Polacheck Property Management Corporation.  He has over 50 years of experience in the Wisconsin real estate market.  Mr. Brickman developed Polacheck’s Retail, Office, and Property Management Groups.  Mr. Brickman serves or has served as an officer on various Boards, including: State of Israel Bonds (State Chairman), Milwaukee Jewish Federation (Past President), and the United Jewish Appeal (National Vice Chairman).  His other Board affiliations include: The Greater Milwaukee Committee, Junior Achievement, the Boys & Girls Clubs of Greater Milwaukee, and the Medical College of Wisconsin.  Mr. Brickman earned a B.B.A. at UW-Madison in 1955.  He resides in Mequon. 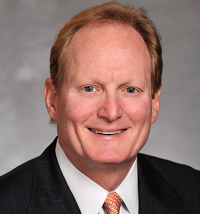 David Lubar is President and CEO of Lubar & Co., a private investment firm founded in 1977 that invests in middle market operating companies with a focus on long term growth.   Mr. Lubar is a member of the Board of Directors of Northwestern Mutual Life Insurance Company, BMO Harris Bank, Milwaukee Brewers Baseball Club, Baird Funds as well as many private companies.  He also serves on the Board of several not-for-profit organizations, including Froedtert Health System (past Chairman), Greater Milwaukee Foundation, Metropolitan Milwaukee Association of Commerce, Milwaukee Jewish Federation (past Chairman), United Way of Greater Milwaukee (past Chairman), United Performing Arts Fund (UPAF), and University of Wisconsin-Milwaukee Business Advisory Council (Chairman).  Prior to joining Lubar & Co., David was with Wells Fargo Bank (f/k/a Norwest Bank N.A.) in Minneapolis for five years serving in the Commercial Banking Department.  Mr. Lubar received a Bachelor of Arts degree from Bowdoin College and an MBA from the University of Minnesota.   He resides in Milwaukee, WI with his wife and children. 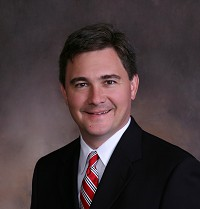 Michael D. Orgeman is a shareholder with Lichtsinn & Haensel S.C. law firm in Milwaukee.  He has extensive practice experience in the representation of lenders and borrowers in the documentation and closing of commercial finance and real estate loan transactions.  He also represents businesses in commercial and residential real estate transactions and developments, and lenders in the enforcement of security interests, secured transactions, work-out agreements, and participation agreements.

Mr. Orgeman is currently serving on the Board of Directors of the Schoenleber Foundation, Inc.

Mr. Orgeman graduated with his B.A. from St. Norbert College in 1989 and with his J.D. from Marquette University in 1992, and was admitted to the State Bar of Wisconsin and U.S. District Court, Eastern District of Wisconsin, in 1992.

Mr. Orgeman was born in Antigo, Wisconsin on February 20, 1967.  He is married with two children and lives in Brookfield, Wisconsin. 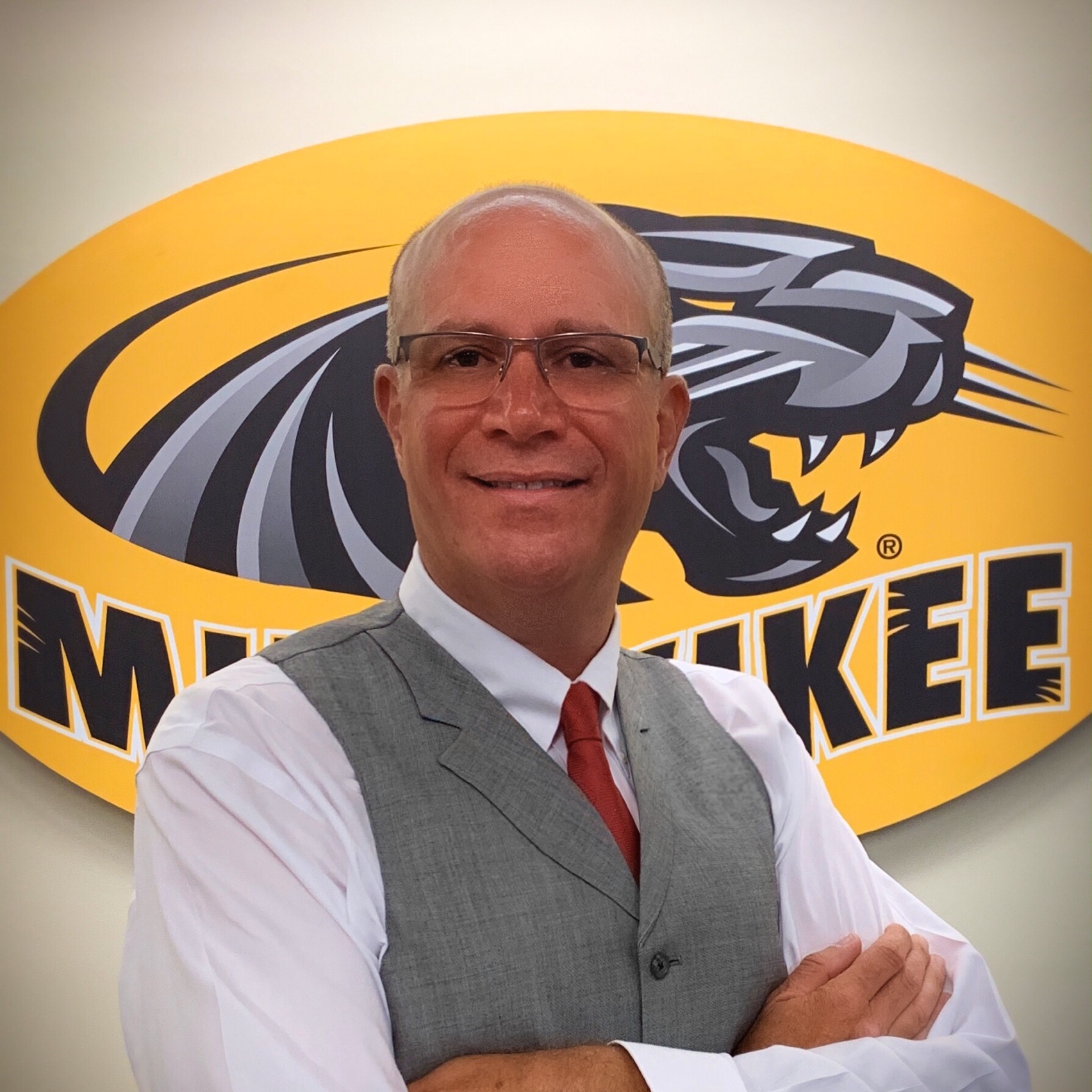 Mr. Gilbert came to UWM from the State University of New York at Albany in 2004 as Senior Advisor to the Chancellor of UWM.  From June 2007 through August 2008, Mr. Gilbert served as Interim Vice Chancellor for Development at UWM during which time he guided the University through the close of a successful $125 million comprehensive campaign.  He also served as Interim Athletic Director from April 2010 through February 2011.  At Albany, he served as Vice President for Outreach. His portfolio there included government, industry and community relations. His initiatives at Albany supported both the academic programs of the University and economic development in the region.

Since moving to Wisconsin, Mr. Gilbert has served on a variety of Boards including the Children’s Hospital and Health System, the Wisconsin Biotechnology and Medical Device Association, the Milwaukee County Research Park, the Wisconsin Innovation Network and the Techstar Foundation.

Mr. Gilbert holds a Master’s Degree in Public Administration from the University at Albany and a Bachelor of Science Degree in Resource Management from the SUNY College of Environmental Science and Forestry.  He resides with his wife at the Echelon Apartments on Innovation Campus and has two grown daughters. 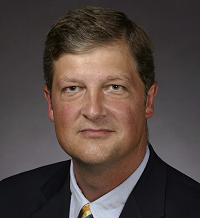 As the Chief Operating Officer of both the UWM Foundation and the UWM Real Estate Foundation, Curt is responsible for managing all aspects of the day to day operations including financial management and reporting.  Curt came to the UWM Foundation in October 2003 with extensive financial management experience in both the non-profit and for-profit sectors.  He was responsible for regional financial reporting, cash control and accounts receivable while at Blue Cross of Wisconsin and prior to that was Manager of Accounting for United Hospital, Inc. and United Hospital Foundation in St. Paul, Minnesota.  Curt also worked in public accounting as an auditor for four years for Arthur Andersen & Co and Ernst & Young after obtaining his accounting degree from Marquette University in 1985. Curt is a Certified Public Accountant and is a member of the Wisconsin Institute of CPA’s.

Curt resides in Burlington and has six children, three daughters and three sons.